A lovely romantic comedy-drama about a couple who both suffer from a phobia of things falling on them and so they never leave their homes, living entirely online. They meet online and develop a relationship. Want to know what happens? Come and see this charming play!

Tickets:  www.wegottickets.com or buy them directly from Of Special Interest in Park Road, Crouch End

Special Relationship Productions in Association with Park Theatre
present the UK premiere of: 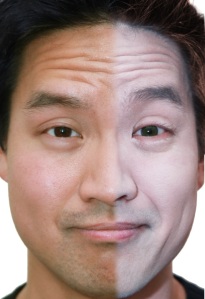 “…The beauty of Yellow Face is
anything but skin deep.”

Special Relationship Productions in association with Park Theatre present the UK
premiere of Yellow Face by Tony Award-winning playwright David Henry Hwang, directed by
Alex Sims starring David Yip and Kevin Shen, produced by Lucy Fenton. The play opens on
21 May and will run for 4 weeks in Park Theatre’s state-of-the-art Park90 space. Press Night
is 23 May 19.45. There will also be a Pre-Matinee Q&A on 25 May with David Henry Hwang
12:00-13.30pm in Park 200.
A fast-paced and timely comedy-drama, this Obie Award-winning, Pulitzer Prize finalist play
is a response to the 1990s Broadway protests which followed the controversial casting of
Welsh actor Jonathan Pryce in the lead Eurasian role in Cameron Mackintosh’s hit transfer of
Miss Saigon.
In Yellow Face, art imitates life to great and amusing effect in a play which tackles the issues
of identity and race whilst still managing to be hilarious. David Henry Hwang casts himself as
the main protagonist, ‘DHH’. After becoming the ‘public face of the opposition’ in the Miss
Saigon debacle, DHH later becomes embroiled in his own casting drama when he mistakenly
chooses a Caucasian actor (Marcus), for the lead Asian role of his own play, Face Value.
Commenting on the forthcoming premiere of Yellow face at Park Theatre, David Henry Hwang
says:
“I couldn’t be more excited about the upcoming UK premiere of Yellow Face at Park
Theatre. Particularly in light of recent casting controversies regarding East Asian actors,
I hope the play will give us a chance to laugh together, as we explore the complicated
question of what it means to ‘play’ another race — onstage, as well as in life. I’m also
looking forward to reconnecting with British audiences, more than 20 years after M.
Butterfly” David Henry Hwang
(For full biog please see Editors notes)

David Yip plays DHH’s father, ‘HYH’. David is well known for creating the role of Detective
Sergeant John Ho in the series, The Chinese Detective for the BBC in the early eighties.
During his career he has worked extensively across theatre and film. Plays include The Bomb
(Tricycle) Fit and Proper (RSC/ Soho Theatre) Turandot (Hampstead Theatre) and The King
and I (Royal Albert Hall). Films include Indiana Jones Temple of Doom, A View to Kill and
Entrapment. He is currently working on a theatre project, Gold Mountain, with the Unity Theatre
in Liverpool and Les Deux Mondes in Montreal. David’s thoughts on the importance of Yellow
Face:
“In a time when we’ve seen what has happened with the RSC controversy and when
casting of East Asians is at an all time low, it is marvelous that this production of Yellow
Face has come along. It gives fantastic parts to people and it also gives a very clear
message of what should happen.” David Yip
Newcomer, Kevin Shen plays DHH. As well as appearing in various short films and fringe
theatre, Kevin has also recorded voiceovers for animation, audio books, and commercials. He
recently starred in a TV series airing in the US and has just completed voicing an animation
project with the Bafta Award-winning director Mikey Please.

Yellow Face will be directed by Alex Sims who is currently Associate Director of War Horse at
the New London Theatre. His production of The Promise, as part of the Donmar’s final season
at the Trafalgar Studios, received several four star reviews from national newspapers. He was
a Resident Assistant Director at the Donmar Warehouse and worked with, among others,
Michael Grandage and Douglas Hodge. Previously, he was assistant director at the RSC, the
Young Vic and the Almeida, working with Rufus Norris, Marianne Elliott and Josie Rourke.

Editors Notes
David Henry Hwang was awarded the 1988 Tony©, Drama Desk, Outer Critics, and
John Gassner Awards for his Broadway debut, M. Butterfly, which was also a finalist for
the Pulitzer Prize. His play Golden Child, which premiered at South Coast Repertory,
received a 1998 Tony© nomination and a 1997 OBIE Award. His new book for
Rodgers & Hammerstein’s Flower Drum Song earned him his third Tony© nomination in
2003.Yellow Face won a 2008 OBIE Award for Playwriting and was a finalist for the
Pulitzer Prize. His most recent work, Chinglish, won a 2011 Chicago Jeff Award before
moving to Broadway, where it received a 2012 Drama Desk Nomination.
Other plays include FOB (1981 OBIE Award), The Dance and the Railroad (1982
Drama Desk Nomination), Family Devotions (1982 Drama Desk Nomination), The
Sound of a Voice and Bondage. He co-authored the book for Elton John and Tim Rice’s
Aida, which ran almost five years on Broadway, and was the book writer of Disney’s
Tarzan, with songs by Phil Collins. As America’s most-produced living opera librettist,
he has written four works with composer Philip Glass, as well as Osvaldo Golijov’s
Ainadamar (two 2007 Grammy Awards). Hwang penned the feature films M. Butterfly,
Golden Gate, and Possession (co-writer), and co-wrote the song “Solo” with composer/
performer Prince. He won the 2011 PEN/Laura Pels Award for a Master American
Dramatist, the 2012 Inge Award for Distinguished Achievement in the American
Theatre, and the 2012 Steinberg Distinguished Playwright Award. A 2013 US Artists
Donnelly Fellow, he is currently the Residency One Playwright at New York’s Signature
Theatre, which is producing a season of his plays in 2012-13, including the premiere of
his newest work, Kung Fu.
Miss Saigon 1990s protests
The 1990s protests over the casting of Jonathan Pryce in Miss Saigon resulted in an
initial attempt by Equity to prevent the Broadway production from going ahead,
although this decision was eventually overturned. The furore sparked a debate (which
continues to this day) on the under representation of East Asian Actors in theatre

An Equity statement at the time stated: “The casting of a Caucasian actor made up to
appear Asian is an affront to the Asian community. The casting choice is especially
disturbing when the casting of an Asian actor, in the role, would be an important and
significant opportunity to break the usual pattern of casting Asians in minor roles.” Alan
Eisenberg, Executive Secretary of Actors Equity
Twenty two years after the Jonathan Pryce controversy and six years after the US
premiere of Yellow Face in 2007, public anger over the lack of visibility of East Asian
Actors in prominent stage roles continues to rage in theatre land, both sides of the
Atlantic. The RSC’s decision to cast only three East Asian Actors (all in minor roles) in
The Orphan of Zhao – a play described as the Chinese Hamlet, attracted serious
criticism and resulted in the UK’s major arts bodies organising a day’s conference to
address the problem (Opening the Door: East Asians in British Theatre at The Young
Vic). While over in New York last year – the creative team behind The Nightingale were
forced to hold a similar event to address their casting decisions.
Special Relationship Productions: Lucy Fenton and Kevin Shen
Special Relationship is a new production company set up by Lucy Fenton and Kevin
Shen. The duo are both late-career actors who, feeling limited by a dearth of
opportunity for their casting brackets decided to use their business backgrounds to
create work that provides roles for gender and race blind casting opportunities.
Lucy Fenton recently produced a profitable, site-specific version of Romeo & Juliet
and has just returned from teaching drama workshops in Northern Iraq during the
British Film Festival in Kurdistan. She has a PPE degree from Brasenose College,
Oxford University and an MA in Performance from Drama Centre London.
Prior to becoming an actor, Kevin Shen studied Computer Systems Engineering and
received an MA in Sociology from Stanford University and an MBA from the Wharton
School at the University of Pennsylvania.

“Yellow Face is that rarity in theater, a
pungent play of ideas with a big heart.
Picaresque tale brings to the national
discussion about race three muchneeded
commodities: a sense of humor a
mile wide, an even-handed treatment and
a hopeful, healing vision of a world that
could be.”

“The most invigorating American play
I’ve encountered in many a month.
Easily his finest play since M. Butterfly.
The beauty of Yellow Face is anything
but skin deep.”

“One of the Year’s Ten Best. This farcical
faux documentary investigates racial and
cultural authenticity in a play that knows
when irony must give way to sincerity,
and vice versa.”

“Yellow Face triumphs as a laugh-outloud
comedy, and an unexpectedly
poignant odyssey of self-discovery.”

“Charming, touching and cunningly
organized as well as funny.”

SUBMIT MY EVENT
Join 111 other subscribers 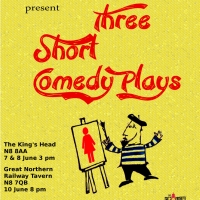 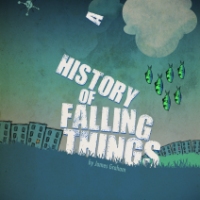 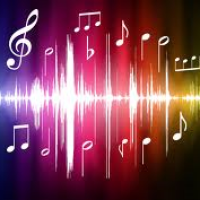 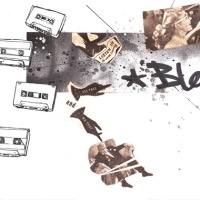 Off The Wall Plays

Competitions and other opportunities for script writers.

a human being unfolding

I am a London Based Wedding Photographer who loves to travel around England, the UK and the World.